Child Soldiers Fought For Food, Not Power in Congo. One goal : to find food”

“We were told things like we were going to take power but I quickly understood that we were only fighting for one goal: to find food. We used to steal food or we used to threaten villagers to give us some. But even at home we ate better than we did there!” John says he never fired directly at anyone with the Chinese rifle that had been issued to him. That’s just a piece of the London Brick Lane big story .

Londons Brick Lane.  It is the epicentre of street art in the city. Artists from all over the world and the UK come here to paint, safe in the knowledge that they will get an appreciative audience and a wide appeal. 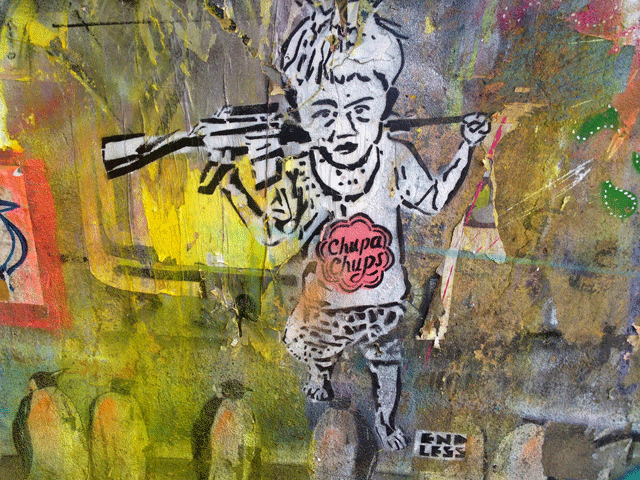 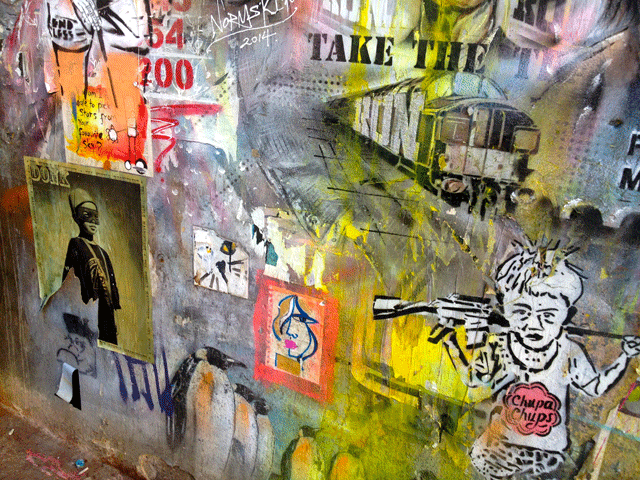 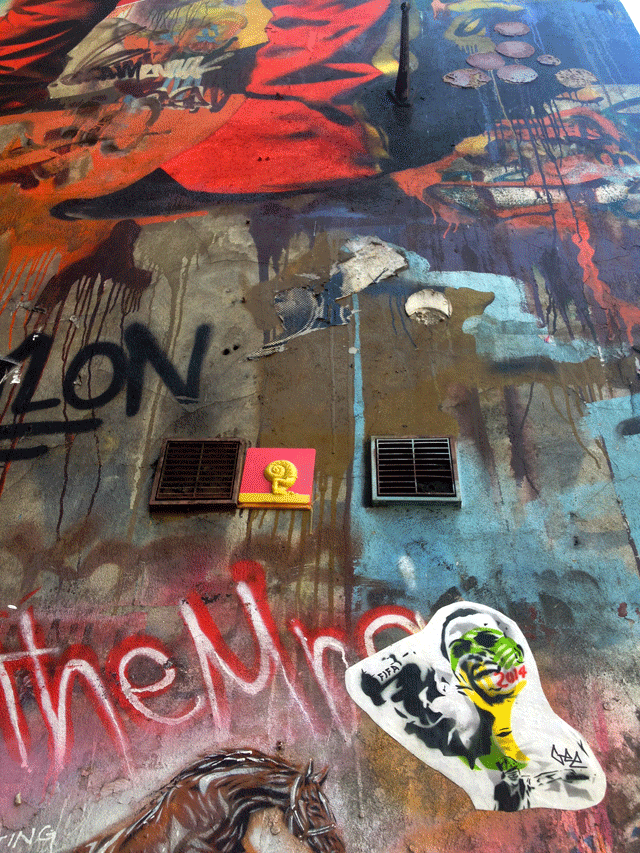 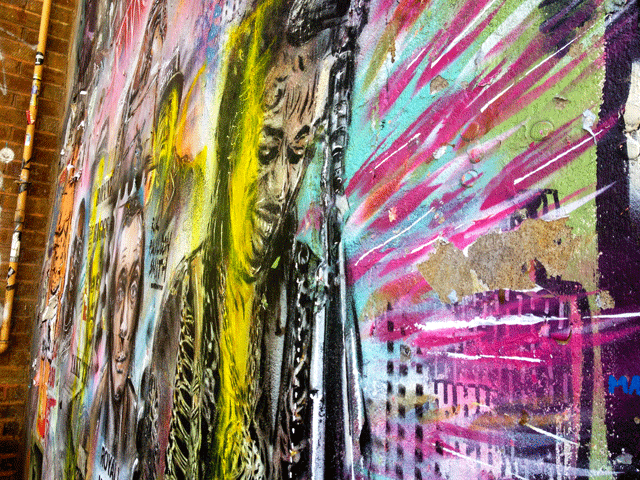 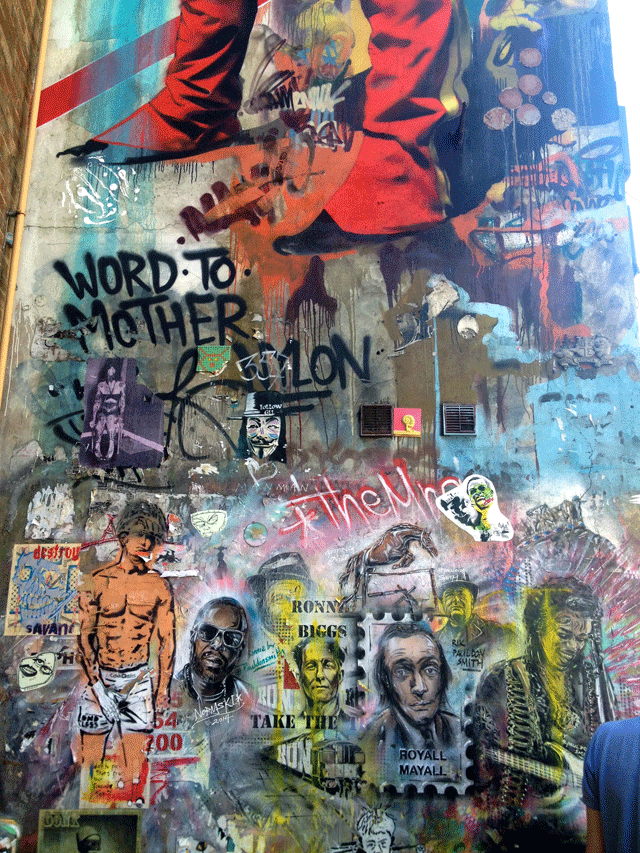 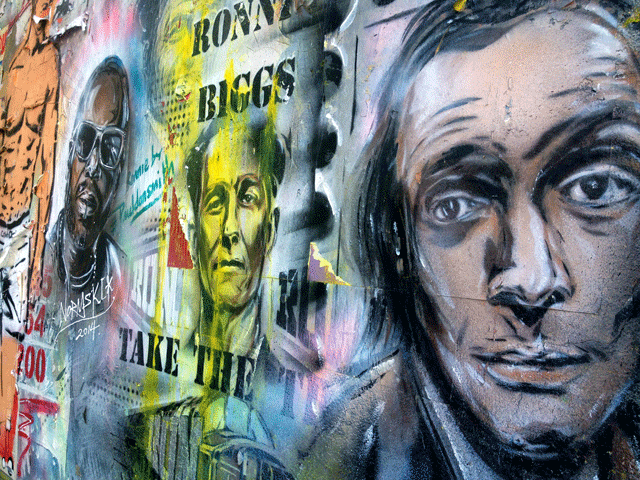 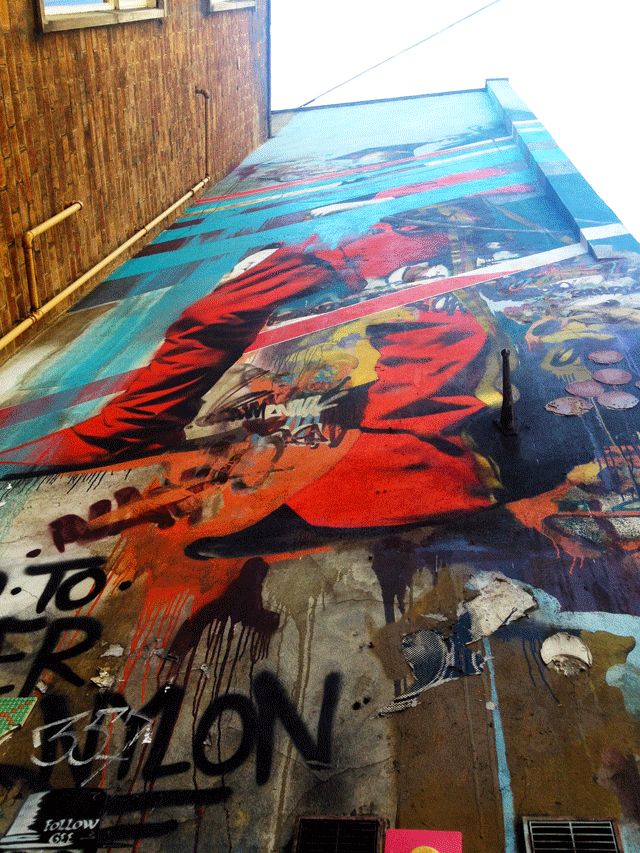 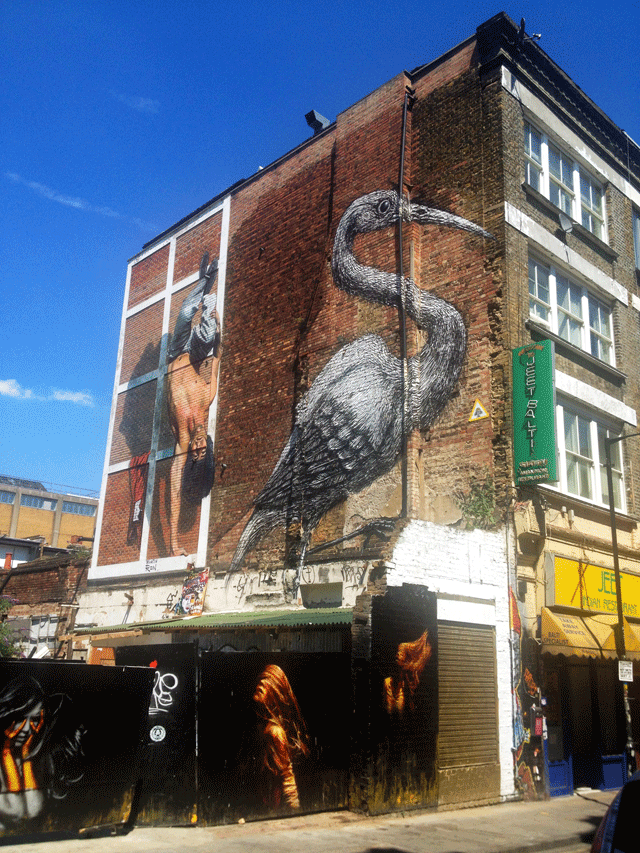 Look down towards Whitechapel and dominating the view will be the giant Crane by Belgian artist ROA. This is another well loved community piece as evidenced by the local uproar that went on when Tower Hamlets council tried to cover it over with a banner just before 2012s Olympic Games. 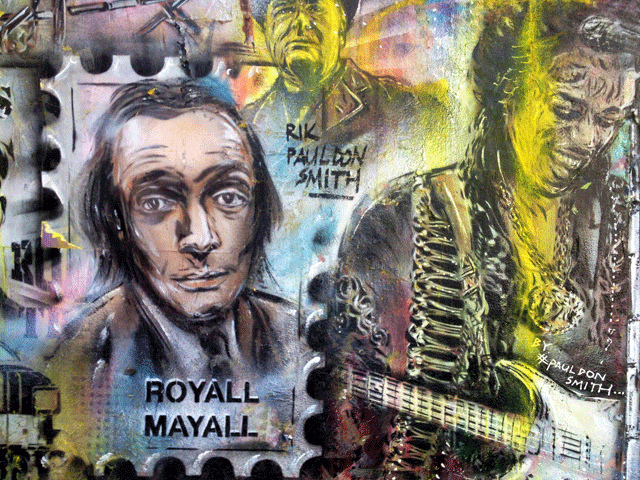 Cross over Commercial Street and carry on down Wentworth Street to Brick Lane.
Turn left up Brick Lane and left again on Fashion Street. There’s usually some street art to be seen at the other end of this street.
At the end of Fashion Street, turn right on Commercial Street, past the Ten Bells pub on your right and Old Spitalfields Market on your left.

Turn right at Hanbury Street at the Golden Heart Pub. There are some good street art spots along Hanbury Street (like this) so take your time looking around here.

Cross over Brick Lane to the other side of Hanbury Street and you should be lucky enough to see Roa’s Crane and other artworks.

Turn around and go back to Brick Lane, turn right and walk up Brick Lane.

The junction with Pedley Street on your right (small alleyway), opposite Rokit Vintage Clothing, usually has some things to see but the alleyway is also used as an open-air toilet so the smell may be bad.

Come back to Brick Lane and walk up to the next junction which is Bacon Lane. Turn left for some regular large artworks.

Go back down Brick Lane to the previous junction and turn right down Sclater Street. The disused buildings on this street have been covered in street art but some renovations had started .

Walk to the end of Sclater Street and cross Bethnal Green Road at the crossing round the corner (to the right).
Go left on Club Row and look out for Roa’s Squirrel.
Turn left down Redchurch Street, then left on Ebor Street to see Eine’s ANTI and PRO walls.
Back onto Redchurch Street and you’re outside The Albion Cafe which is always worth visiting whether just for tea or a full meal. If you want to keep walking they do take out drinks and the gingerbread men are superb.

When ready, go to the end of Redchurch Street and turn right on Shoreditch High Street.
Cross over and walk up Shoreditch High Street for a few minutes till you reach Rivington Street on your left.
Turn down here and you’ll find Eine’s SCARY and the Cargo beer garden with Banksy’s His Master’s Voice. You can enter the beer garden from Rivington Street, or through the bar.

Continue along Rivington Street, past the Comedy Cafe, and turn right on Curtain Road.
Cross over and turn left on Old Street.
Turn right at Pitfield Street where you should see Stik and Eine artwork.
The last stop on this route is about ten minutes walk from here so you can choose to skip it and turn back to Old Street; turn right to get to the Old Street tube station.

Gallery image with caption: The bigger poster of ever, looking like a huge candy.